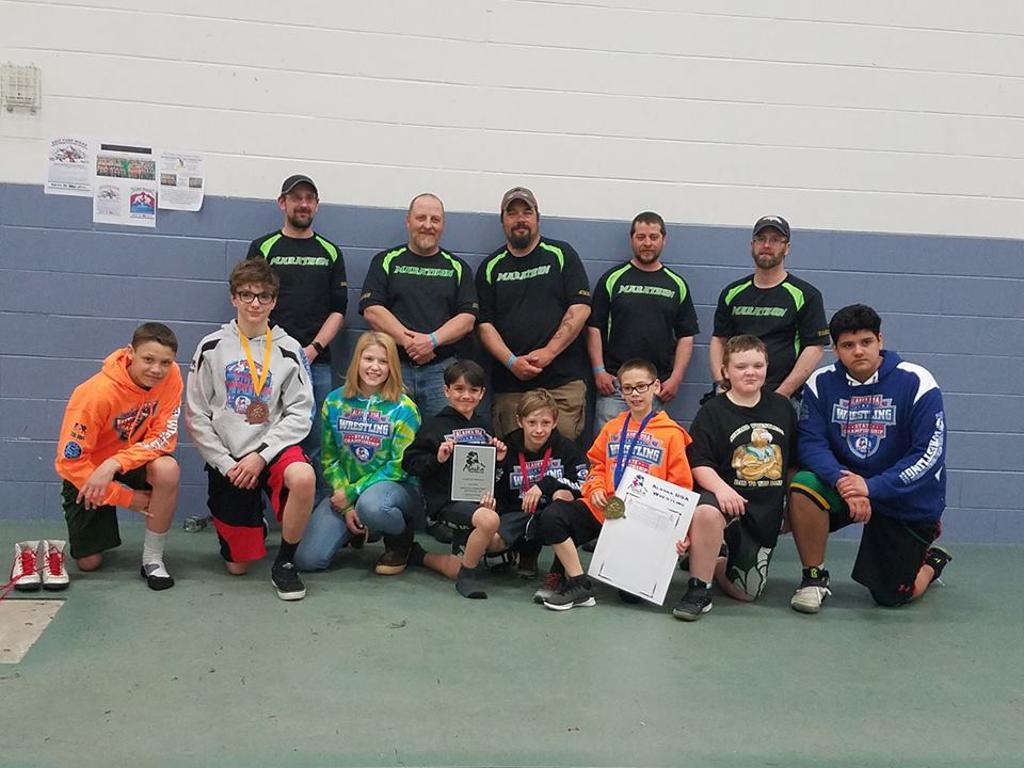 Marathon Wrestling Club's mission is to provide a safe, healthy and fun environment for youth to learn not only the sport of wrestling but to also teach sportsmanship, diet and nutrition, dedication, respect, and accountability which, we all hope, will help them make better choices as teenagers and later go on to be solid adults.

Coach Art Osborn formed Marathon Wrestling Club in the early 1990's when his son, Jesse Osborn, began his high school wrestling career.  Coach  Art attended college in Northern California where he was a state champion wrestler, placing 2nd for his division.  In the early days the club was very small and most weekends all of the wrestlers would pile in Coach Art's car to head to tournaments around the state.  Art helped numerous wrestlers achieve Alaska State championship titles, including his son Jesse as well as 2 of our current coaches, Coach Eric Higbee and Coach Cris Schilling, who is a 2 time Alaska state champion.  After his son Jesse graduated high school and moved away, Coach Art turned the club over to other members of the community and it eventually died out.  There was no club in Seward for 11 years, then in 2012, Coach Arts youngest grandson turned 4 and was old enough to join USA wrestling.  Coach Art teamed up with his daughter, Jewel, and they re-formed Marathon Wrestling Club.   Art has now had to retire due to his failing health but his heart is still with the wrestlers of Seward! The club was originally named after Mt. Marathon a famous mountain here in Seward.  In 2016, the name was changed to Marathon Miners in honor of Coach Art who is an avid gold miner.

In the past 6 years we have gone from a club with literally nothing to a club that now hosts a large wrestling tournament each year and continues to grow.